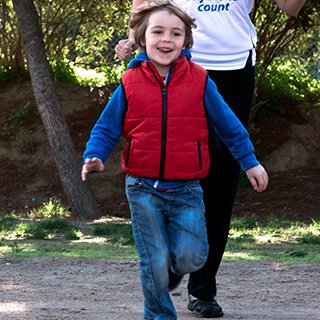 In the 1988 Oscar winning film Rain Man, ‘autistic’ Dustin Hoffman performs complicated mental feats of mathematics in microseconds, and reels out without hesitation the dates and number of deaths in particular airlines’ air accidents. Qantas never had one, he also tells his ‘brother’, Tom Cruise.

Which would seem to confirm the impression some have that autism is a condition that gives those affected a mental edge. They see autistic children as wonderfully gifted.

It is not so, as Rain Man actually goes on to show.

Those doubting the situation should ask the parents of such children. They should, for instance, talk to parents Julian and Emma McEwen, of Naxxar, who would explain that the reality is truly very different.

“Our perception of autism, before our son was diagnosed, was basic. I suppose it was the usual Hollywood portrayals and occasional savant stories. I remember a friend, on hearing that our son had autism, saying ‘wow, that’s awesome’ and almost chiding us for not wholeheartedly agreeing!” Julian said.

“I can’t blame him, mainstream stories tend to be ultra positive, portraying characters with autism or autistic traits as ‘genius but socially awkward’.  They rarely focus on facts such as that only 15% of adults with autism in the UK are in full time employment, or that 40% of UK children with autism suffer bullying at school,” he added.

The McEwens’ six-year-old son, Finn, was diagnosed with autism around the age of three and a half after a long process of examinations. They explained that a gradual number of events had built up to a consciousness of something being different.

“It starts in the same sea of normal, every day, parental worry and paranoia that something is ‘wrong’ with your child,” they said, adding that the fact that parents are fighting against natural parental tendencies to think the worst, made the ultimate realisation more difficult.

“Parents are always checking themselves against other parents who are, naturally, in the same boat. You all tell each other that everything is ok, it’s nothing, all kids develop at different rates and it’s nothing to worry about,” Julian explained.

He added that it was when they didn’t get the confirmation that everything was fine; the first words, steps, eye contact, that the normal worry started to take on a different shape.

“It was just before the age of two and Finn’s speech wasn’t developing. Our paediatrician had recommended we start investigating, just to be safe, and it was also around this time we noticed some of his mannerisms were particularly unique to him,” they said.

“Strangely, it wasn’t until we saw another child in a busy crowd make exactly the same hand gestures, ones that we had never seen any other child in his group make, that things began to feel minutely but consciously different.”

The McEwens then took their son to the child development assessment unit (CDAU), and had him seen by every child specialist in the vicinity over the course of two years.

“We visited, they wrote reports, they met, we met with all of them and drew up a comprehensive picture of what was going on,” Julian said, adding that these people had been fantastic and that the support they had received had been exceptional.

“Gradually, you start talking, discussing, researching, learning about different developmental conditions with one beginning to stand out, going from possibility to certainty, until the final psychologist report delivers it in harsh black and white. Autism.”

Inspire Foundation’s autism expert Doreen Mercieca pointed out that autism affected every one in 68 people in the US and one in 100 people in the UK, but that such figures did not exist for Malta as no such research had been carried out on a local level.

Asked about the challenges that the condition had posed, Julian said that in truth, just like other families, parenting was the biggest change in their lives, and that autism had been an added dimension to the experience.

“Emma’s life is devoted to balancing therapy and education and giving Finn a normal boyhood, which is more than a full time job,” Julian said, referring to his wife’s dedication to Finn’s development. 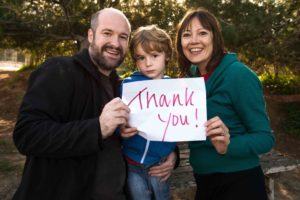 He added that ensuring Finn was given the right level of support, in the home and outside, was one of the biggest challenges the family has had to face.

“We’ve got to challenge him and make sure we are not making ‘autism excuses’ for him but at the same time allowing for his condition.  We’ve got to advocate for him, make sure he’s getting the right support at school,” he said, adding that the staff at his son’s school, San Anton, had been wonderful in offering their son the necessary support.

Julian added that it wasn’t just their son they had to tend to, following the diagnosis, but that they also had to deal with their own mental states and the strain the situation could have on their relationship.

“We’ve learnt to talk openly a lot – it’s by far the best single thing you can do for yourself and your relationship,” they said.

Julian said that early intervention and therapy had been critical for the family.

“Self-education is also important but, like any condition, being careful not to fall for the many snake oil cures out there – they are so tempting when you are desperate – has been essential.

“I can’t imagine coping without our amazing friends and family. There are parents, especially single parents, who don’t have as much support, even with our parents living abroad, as we do – I admire them,” he added.

Mercieca confirmed this viewpoint and said that people should exert caution in trying different therapies.

“Some autism treatments are just money-making scams. During my years working in this field, I have come across parents who have spent literally tens of thousands of euros on a treatment/therapy – searching for a cure – which is based on absolutely no scientific research and needless to say, no positive results were seen.”

The McEwens also stressed the importance of Inspire’s specialised autism programme for Finn’s development, which he has been attending for the past few years.

“Thanks to the programme I’ve seen Finn come in leaps and bounds. He’s happy and he is progressing very well,” they said, adding that the programme is heavily subsidised through fundraising efforts that Inspire embarks upon. “If this wasn’t the case it would cost an arm and a leg and would be an additional weight on our shoulders.”

Julian added that the team at Inspire had worked tirelessly to help children like Finn and their families.

“Unfortunately we’ve got used to hearing about a shortage of resources or Inspire not being able to fund certain programmes. They fundraise like crazy but it’s not enough.

“Institutes like Inspire make a massive difference to the lives of people with autism but they need more recognition, a higher profile and more financial support,” he added.

Doreen Mercieca explained that autism is a lifelong developmental disability that is often described as an autism spectrum disorder (ASD).

“Autism appears in early childhood and is usually diagnosed by the age of three. As indicated in the term ‘spectrum’, the level of severity of this condition may vary in three different areas, namely: social communication, interaction and imagination,” Mercieca said.

“People with autism may have difficulty in understanding both verbal and non-verbal communication, understanding other people’s emotions and also in changing routines, among others,” she added.

Mercieca pointed out that despite the endless volumes of research on the subject, no exact cause of autism has yet been established.

“In view of the complexity of the disorder and the varying degrees of severity, there is probably more than one cause. However, both genetics and the environment (such as air pollutants, viral infections and complications during pregnancy) are areas which are currently being researched.”

Mercieca said that one of the biggest controversies was whether the MMR vaccine could cause autism, but extensive research around the claim has been carried out and ultimately, no reliable study has found a link between autism and the MMR vaccine.

Mercieca also explained that since the publication of the Diagnostic and Statistical Manual in May 2014, the umbrella term “Autism Spectrum Disorder” is used to refer to various disorders like Autistic Disorder and Asperger’s Disorder, among many others. She further explained that the term Asperger Syndrome, which is arguably one of the most well-known forms of autism, has also been changed to high functioning autism.

Inspire’s education programmes provide services to individuals with various learning disabilities, including autism. The support is either free or heavily subsidised, and is offered at the Inspire Education Centre. It also reaches out to the mainstream schools and the family environment, in order to achieve full inclusion in the society.

The focus is the client’s potential and its further development.

The Structured Training and Education Programme (STEP) is a specialised programme for children and adolescents within the Autistic Spectrum. It aims to provide assistance and support to ensure full inclusion at school and within the community. STEP is offered through a team made up of tutors who are supported by the speech and language pathologists and the programmes’ psychologist.

Parents are considered to be key members of the team and work alongside tutors and the other professionals. Their commitment and cooperation are considered to play a major part in the child’s progress. Parents are an integral part of their child’s assessment and teaching, constantly providing information about their child’s needs, behaviour, interests and dislikes, and also voicing their own concerns and priorities for their child.

Specialised Training for Lifestyle Enhancement (STYLE) on the other hand focuses on youngsters enrolled in the Autistic Spectrum Disorder programmes. Whilst bearing in mind that the condition of autism lies within a spectrum, meaning that each client has to be treated as an individual, participants are encouraged to engage in activities favoured by typically developing peers.

Nevertheless, the underlying objective is to help the client become more functional, thereby enhancing his or her quality of life. One of the strengths of this programme is that it allows members of the Inspire team to monitor students’ performance at school as well as to conduct peer preparation programmes in order to educate students’ classmates about autism.