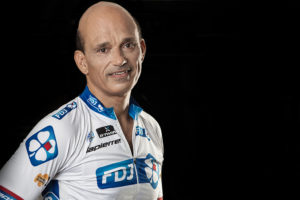 Hilary Galea-Lauri, is to bravely embark on a 1,600-kilometre cycle, from Land’s End to John o’ Groats (‘LEJOG’) with the aim of raising over EURO 10,000 for Inspire Foundation – an NGO he fervently supports.

The distance is the traversal of the whole length of Great Britain between two extremities; in the southwest and northeast, and Hilary plans to cover it in no more than 12 days.

Hilary, aged 50 and a partner at KPMG, is raising money for Inspire because he believes that life regenerates itself by giving back to it part of what one receives.

“Imagine what a mere EURO 10 per kilometre can raise,” says Hilary. “Training requires a great deal of mental preparation and people’s support will certainly go a long way.”

Today, Inspire helps over 1000 individuals with various disabilities ranging from Down Syndrome, Autism, Cerebral Palsy and others.

To support Hilary’s charity challenge you can make a donation online and when donating online insert the reference HILARY CYCLE in the field asking for the ’cause of your donation’.

Organised by UK-based Discover Adventure, specialists in trekking and cycling challenges worldwide for charitable fundraising, Hilary’s cycle expedition will depart on 1 September, starting at Land’s End on the extreme south-westerly tip of England, pedalling his way through Cornwall, over Dartmoor and north along the Welsh border, skirting the Lake District into Scotland, via lochs and the Highlands to the North Coast and John O’Groats (the extreme northern point of mainland Scotland).